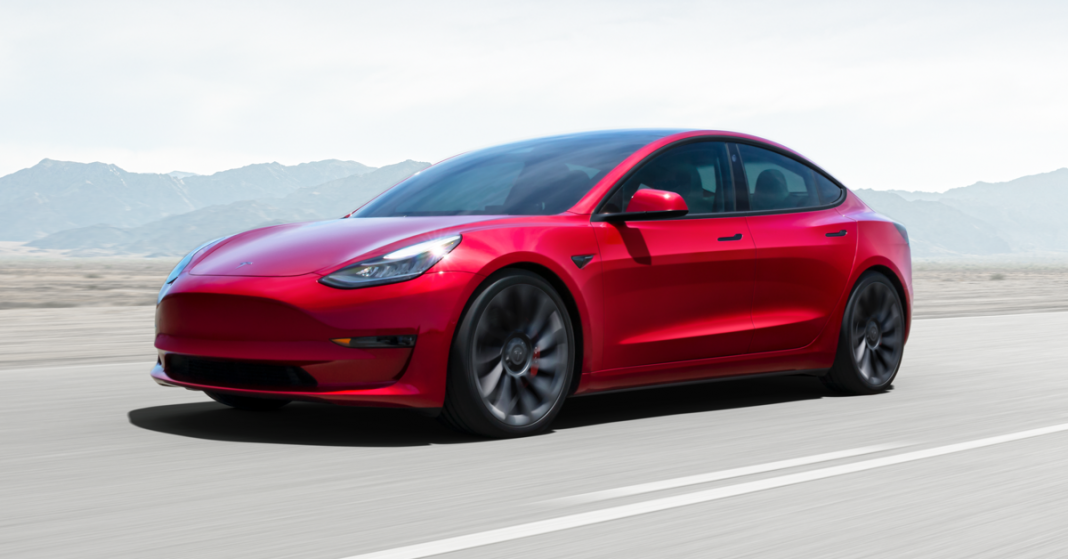 After browsing through different articles and videos featuring Tesla’s Model 3 EV, I am starting to come to a pretty clear conclusion. I may just be the newest Tesla EV groupie/fan. And I am A-ok with that. Here’s why!

So I recently dropped my review on Tesla’s Model S Plaid EV, and while that car was seriously next level on my bad-ass scale of top 10 recommended EVs (I’m still an absolute simp for that car!) I have to say that, after checking out the 2021 upgraded version of Tesla’s Model 3, this bad boy’s nothing to sneeze at either!

For those that don’t know, Tesla first dropped their Model 3 sedan on the market back in 2017. It was a four-door, fastback mid-seize sedan with an EPA rated electric range of 263 miles. There are actually three versions of this model: The Standard Range, The Standard Range Plus and the Long Range. And yes, you guessed it. Each version is even better than its predecessor.

Now as is pretty standard for all Tesla cars, the safety features on this Model 3 is impressive. Its entire structure is a combination of aluminium and steel; the embodiment of incredible strength and durability. In an article documenting the safety tests performed on this model, it described a roof-crush test that was conducted. According to the article the Model 3 was able to resist being crushed by weight four times its own mass! That’s basically the equivalent of having two full grown African elephants taking their proverbial seat on its metallic frame and having the Model 3 smile back in response as if they weighed nothing. Did I mention it has an all glass roof?! I don’t know about you but for me, that kind of strength is a must have! The level of crazy on the roads these days demands this level of protection!

Not withstanding the ‘superman’ vibe being generated by the Model 3, lets also check out the overall stats on this machine of steel.

According to Tesla, the Model 3 carries full self driving hardware, with periodic software updates that add to its overall functionality. It also comes with the option for dual motor all-wheel drive, 20” Überturbine Wheels and Performance Brakes as well as a lowered suspension for total control in pretty much any weather condition. The added carbon fiber spoiler also helps with an improvement of the Model 3’s stability at high speeds. Translation: Tesla’s Model 3 can accelerate from 0-60 mph in as little as 3.1 seconds. Nowhere near as impressive as the Plaid, but still freaking fast!

The Model 3 would feature a ‘Ludicrous’ Mode option to make it, well, ludicrously quick. … The ‘standard’ Model 3 is no slouch of course. Straight out of the blocks, it’ll already do 0-100kmh in less than six seconds

I should probably make a note here with reference to the all-wheel drive functionality of the Model 3. Unlike most vehicles of its kind, the Tesla All-Wheel Drive system comes with two independent motors created specifically for improved redundancy. Each motor comes with only one moving part designed for minimal maintenance and maximum durability. Their job is to digitally control torque to the front and rear wheels of the car resulting in far better handling on long stretches and tight corners at max speeds. Not that I would advice you to push this sweet ride to its limit, but just know it could handle it if you did.Another similar feature present in the Model 3 is its powerful visual processing at up to 250 meters of range as well as its ultrasonic sensors that can detect nearby cars, help prevent potential collisions and assist with parking if you so desire. Sounds pretty standard for a Tesla Model 3 right? So what’s so special about the upgraded 2021 Tesla Model 3 version? I’m glad you asked!

When Tesla looked back at its Model 3 sedan, the question arose as to what could possibly be done to improve on its already impressive style. The answer? Let’s dive in because for this sexy beast, the devil is in the details.

On the surface the Tesla Model 3 sedan looks pretty much the same, however on much closer inspection, subtle details start to emerge. For instance, the trim on the older model 3 had a bright chrome finish. The 2021 version has a beautiful black satin trim finish, giving it a much sleeker, yet classic flair. The door handles on the 2021 Model 3 are also not your typical door handles. Not only are they now also black satin in color but they’re also flush to the door panel of the car. You could literally run your hand across the surface area and it would feel as smooth as butter. To open the doors you would need to depress one side which would then pop open the handle. You would then grasp the handle to open the car door.

Inside the Model 3 is an absolute dream. Unlike other cars, you can use your smartphone as a key (there is literally no start engine button to be found anywhere in this car) to start the car as well as access all driver controls in the central 15-inch touchscreen. The tinted all-glass roof extends from front to back and comes with ultraviolet and infrared protection against the sun’s rays while still creating a sense of openness from every seat within the cabin.. There’s seating available for 5 adults although some reviewers do point out that the back seats are not as comfortable in reality.

Similar to Tesla’s other cars, the Model 3 comes with 360° rear, side and forward-facing cameras that provide the driver with maximum visibility. The differences? The model 3 upgrades include changes to its interior: the car’s metallic door-sill protectors now boast the same black satin trim found on its exterior. The seat-adjustment controls and the steering-wheel-mounted infotainment scroll wheels now have new finishes. Power folding seats, heated side mirrors, music and media over Bluetooth along with custom driver profiles within its center console accompany plenty of storage throughout its interior. There are also 4 USB ports and a wireless charging console located on the Model 3’s center console which has been redesigned to accommodate two wireless smartphone charging pads. The sun visors also now use a magnet to hold them in place. With its low, flat floor this is Tesla’s answer to spacious and airy interiors. And did I mention the Model 3’s seat-backs fold flat, allowing for an uninterrupted cargo floor for transporting large items? Can anyone say road trip!

Considered the world’s best-selling electric car in history surpassing even the Nissan Leaf, the Model 3 is, without apology, fully electric, so you never need to visit a gas station. When you charge overnight at home, you can wake up to a full battery the next morning. When you’re on the road, it’s easy to plug in along the way at any of the many public stations available or within the Tesla charging network. Currently Tesla has over 25,000 Superchargers worldwide, with six new locations opening every week.