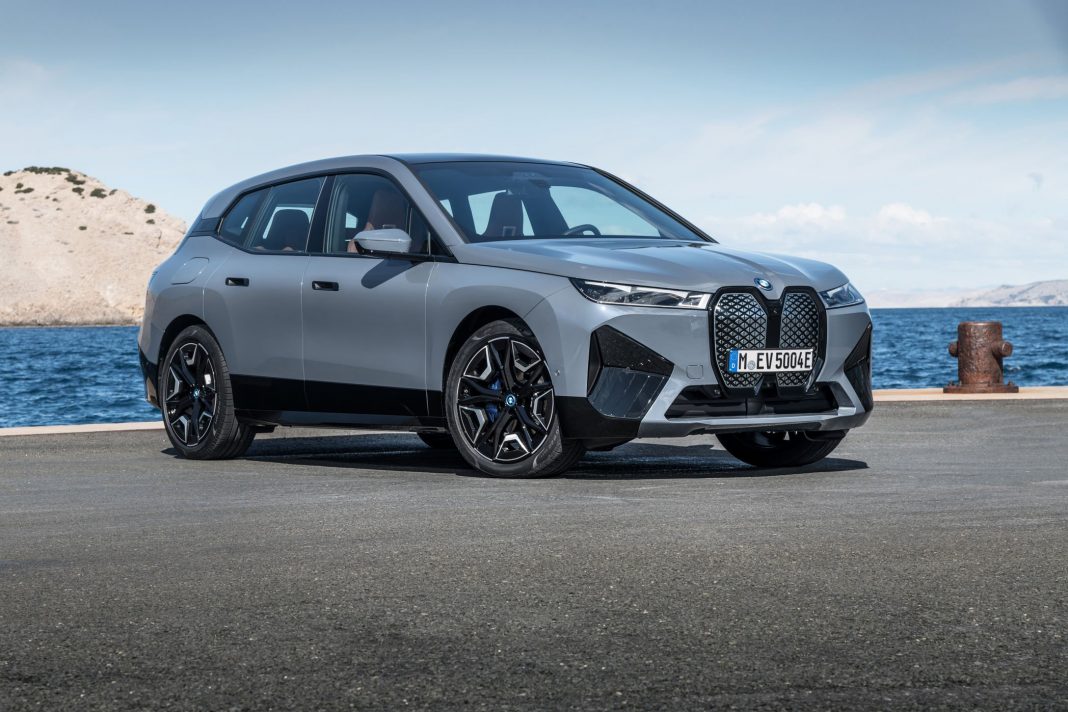 Sleek. Sexy. Smooth. The epitome of class and luxury rolled into one. As biased as I am towards all things Tesla, even I have to admit the BMW iX SUV is quite possibly one of the sexiest things I’ve seen on four wheels.

Its been described by many as ‘the dawn of a new era’ for the BMW family and they wouldn’t be too far off the mark with this one. I mean this model iX is pretty sweet! As a production version of BMW’s iNext concept showcased back in 2018, the BMW iX is the first of its kind for the brand. Its based on an all new scalable architecture that BMW plans to incorporate into its future model vehicles.

With its advanced software, incredible computing power and 5G capabilities, the BMW iX has been able to integrate improved driving and parking functions into its makeup. It also helps that with its aluminium space-frame and carbon-fiber core, the model iX is certainly setting new standards in the EV industry. The increase in computing power has allowed for an improvement in the data processing and powerful sensor technology of the BMW iX than in any other vehicle of its kind among the BMW brand. Its shorter, narrower and lower than Tesla’s Model X which is pretty impressive. The Model X is no joke and neither is the iX!

With the way the electric vehicle world is going today, is it any wonder that BMW would want to step its game up in this department. As a brand, BMW has made some rather impressive vehicles to date, but with the launch of their BMW iX they have truly pushed their emphasis on developing electric vehicles with increased levels of automated driving functions. But it goes even further than this. Everything about this vehicle is sleek and sexy and powerful. Its new kidney grille design, for example, features prominently on the front end of the iX but its been completely revamped! Not only is it smooth to the touch with a polyurethane coating that automatically repairs minor scratches to its exterior, it also houses the vehicle’s camera, radar and sensor technology, both of which are required for automated driving.

Its LED headlamps are the slimmest BMW has ever fitted on any of its production vehicles, while its flush door handles are a first for the brand. Its actually one of the many aerodynamically-optimized design features on the BMW iX that has gone a long way in helping to increase its range by 40 miles. In the EV world this is very impressive!

Inside the iX you will typically find that there is enough seating for five persons. There is also an electrochromic panoramic glass roof that automatically adjusts its shading depending on the level of direct sunlight. As is the case with all electric vehicles, the iX was developed with no transmission tunnel running through the centre of the vehicle. This omission is what BMW claims has improved the passenger space available in both the front and rear of the vehicle. As a 5’4” person, I know my taller friends will appreciate this accommodation of extra leg room and space! As for me, as long as I can adjust the seat to accommodate my shorter frame, I’m good!

The expectation of an electric driving range of approximately 300miles per charge, in combination with two electric motors providing full time all-wheel drive functionality and carbon-fiber reinforced plastic body panels, as well as a slick curved digital instrument panel screen and a hexagonal steering wheel with brand new rocker switches for gear selection, have made 2022, BMW iX’s coming out year. As the brand’s first all-electric compact SUV, the BMW iX will be joining the ranks of the EV elite, competing against brands like the Tesla Model X and the Audi e-tron, just to name a few.

With two different versions of the BMW iX set to be released, buyers can look forward to a 0-60 in 4.6 seconds and a 516hp from the xDrive50 model, or they can go for the M60 which offers over 600hp! There will also be an option made available for adjustable air suspensions and a rear-wheel-steering system.

The 2022 BMW iX is, to put it lightly, the most advanced vehicle BMW has ever built! The future of electric vehicles is here and BMW has officially placed its cards on the deck and played its finest hand yet! With all its gadgets and cool features to play with, the BMW iX may just be the EV of your dreams. I mean what’s not to like! Its a sexy ass car!